With the island’s long history, the Hippie period of Ibiza is probably one of the most revolutionary and influential in modern times. This period really started in the 1960’s, even though the island already had a reputation of being a place where freedom of thought or expression reined.- along with the numerous artists and political personalities that have found refuge in Ibiza during the Fascist period of General Franco’s domination which began in 1936.

Tourism development in the 1960’s, combined with the dynamism of the Hippie movement at that time made Ibiza the European equivalent of San Francisco, populated with artists and writers to which they were locally called “hairy” because of their long hair. All areas of the movement were represented, from Bob Dylan to Joni Mitchell.

The main gathering places were Ibiza, San Joan and San Carlos among others. The emergence of the most well known clubs such as Pacha or Amnesia in the 1970’s strengthened this Hippie influence as their parties were completely outlandish and attracted other non-conformists from all over Europe and as far as the United States. A large number of them had even decided to settle down on the island in the 1960’s to which some are still here.

San Joan village is known as the main location of their residence and although the presence of their movement is less noticeable than in the past, there are still some occasional Trance parties in the surrounding hillsides around the village. Today, there are two main Hippie markets; one in Es Cana Punta Arabi which is held every Wednesday from 10 a.m. until 7 p.m. and Las Dalias in San Carlos which takes place every Saturday.

These two markets are considered as a “must do” in Ibiza during the summer holidays, in particular for those who wish to purchase local jewellery, apparel or handicrafts made locally at a moderate price.

One of the places not to be missed in Ibiza along with enjoying the Hippie influence is Benirras beach. Although the area suffered from a fire in 2010, we hope that it will continue to keep its immaterial ambience. Also, the fact that this hidden beach is in the middle of a pine forest, it continues to welcome gatherings of people every Sunday evening to admire the magnificent sunsets with the vibrating percussion sounds from Hippie musicians.

While the Hippies have become a historical legend in most places around the world, their presence is always more than visible on the White island. Do not miss this part of the island if you wish to discover what Ibiza is really about. 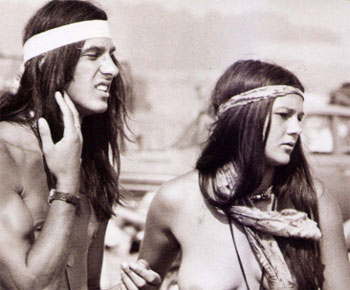 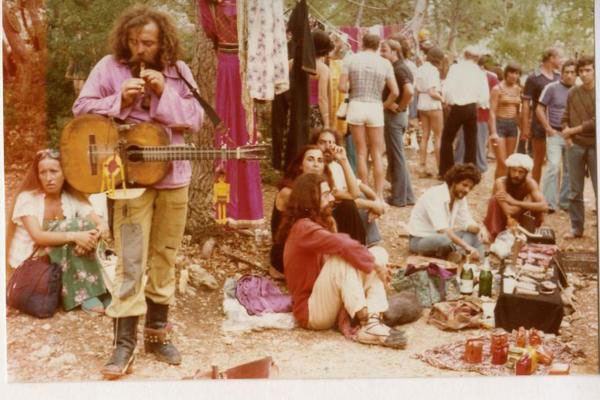 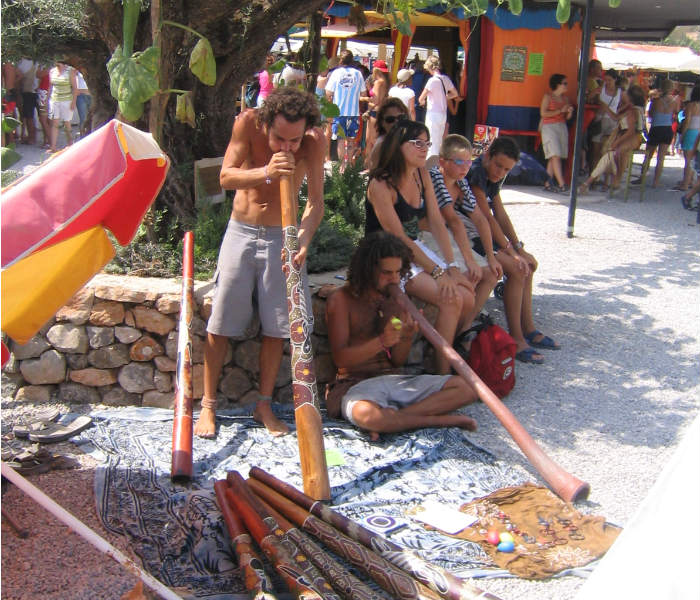